The men were involved in the tedious process of identifying remains more than a week after a March 22 landslide roared across the North Fork of the Stillaguamish River and buried a community at Oso, about 55 miles north of Seattle.

Following the retrieval of bodies, a team of medical examiners, detectives, and dentists identified 41 victims. 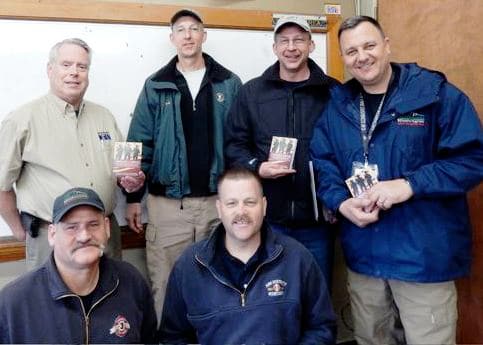